Arizona is currently home to some of the top players and coaches in the sport of roller hockey. at AZRHC our young, up and coming Arizona players will get the chance to learn from them in a unique, challenging, and fun atmosphere. Each instructor will focus on a specific roller hockey area concentration from stick handling and shooting, to skating and footwork, even positioning and game theory. Players and goaltenders will learn to sharpen their individual skills, then incorporate them into a better understanding of the game helping them be more effective themselves and in turn for their teams. A Scottsdale, AZ native, Tommy grew up playing roller hockey in the heyday of the sport in Arizona. Like most players in that era Tommy began in a house league program at the Casey's at the Bat and eventually graduated to their Crushers travel program, then graduated on to others in the valley as he developed. Participating in AIHA (now IHAAZ) events throughout the state in both club and high school divisions, Tommy would soon set his sights on a higher level of play with the Arizona Outcasts program where at the age of 14 he joined others from Arizona, California, and Colorado to form what would become a powerhouse in youth roller hockey in the Outcasts '92's. While his group of 92's found their way into the pro divisions of tournament roller hockey, Tommy would also go on to play collegiate roller and ice hockey for the UCSD Tritons before graduating and attending law school at Santa Clara University. Today Tommy is still deeply involved in the sport of roller hockey, playing for the Konixx pro team at major tournaments and officiating in the IHAAZ tournaments as one of their top officials. 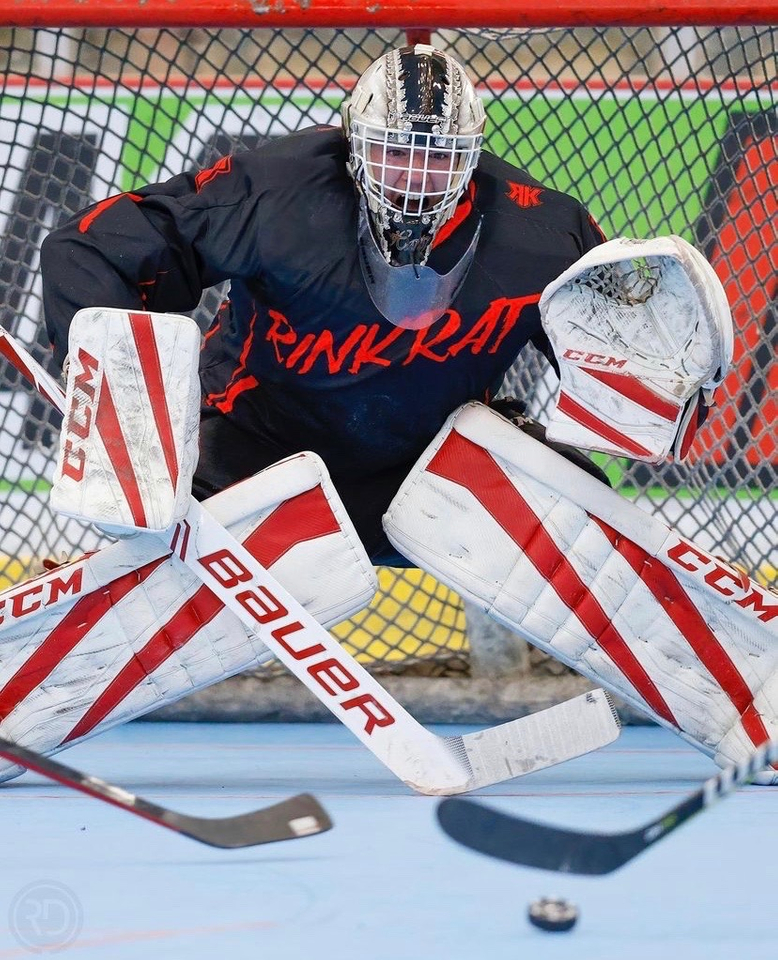 Born in Sherwood Park, Alberta, Lane first strapped on goalie gear at the age of 7 and never looked back playing for some of the top ice and roller clubs in his province. At 17 Lane left his home in Alberta to join the Tigres de Garges in the French Elite League where he would spend most of that year playing for the Tigers as well as for Team Canada's Junior team at the World Games in Asiago, Italy. Lane would quickly advance to the Senior Men's division of Team Canada where he is currently one of the two goalies who represented Canada at the 2021 World Championships in Roccaraso, Italy. Today, Lane is the starting goalie for the Rink Rat pro team, and a recent transfer to Arizona State University where he'll be playing for the Sun Devils D1 team in the NCRHA while studying Sports Business at ASU. Considered by most to be one of the top up and coming young goalies at the highest levels of the sport, Lane employs a well honed balance of size, speed, and athleticism to his goaltending that makes him very hard to beat. 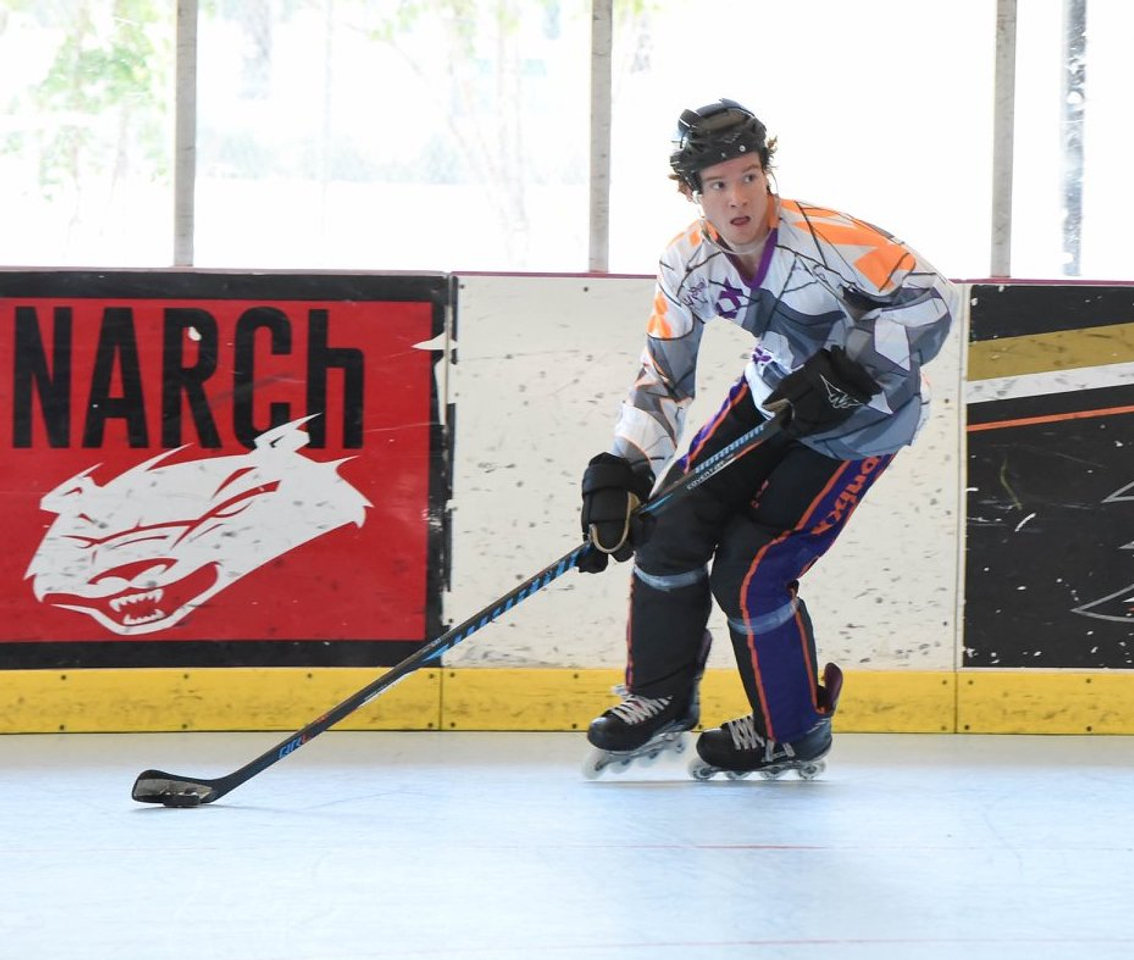 An Arizona roller hockey standout by age 12, Alex Macdonald would soon find himself quickly jumping the valley ice hockey ladder to end up on the Arizona Bobcats playing with some of the top talent around including AZ phenom Austin Mathews. Unlike Mathews, Macdonald had his own path to forge and it included staying true to his first love of roller hockey. By age 16 Macdonald would find himself on the Team USA U21 roster as the youngest player selected. At 17 he would return to play with Team USA U21 in Toulouse, France where he began to set his sights on the French League Elite, returning a few months later to play with Les Anges from Nice in that same league. For the next 1/2 decade, Macdonald would continue to hone his roller hockey skills in Europe playing for Elite teams in France, Spain, and Italy while also completing both his High School and first 2 years of college education while abroad. Each spring, Macdonald would return to home to Arizona where he would play for the Arizona Outcasts and soon after the Konixx factory pro team as one of the organizations standout players along with attending Arizona State University where he would play 2 seasons with the D1 Sun Devils. Today Macdonald once again calls the Valley his home, where he continues to play and train, and hopes to pass on his vast knowledge of the game to next generation of roller hockey players in Arizona. 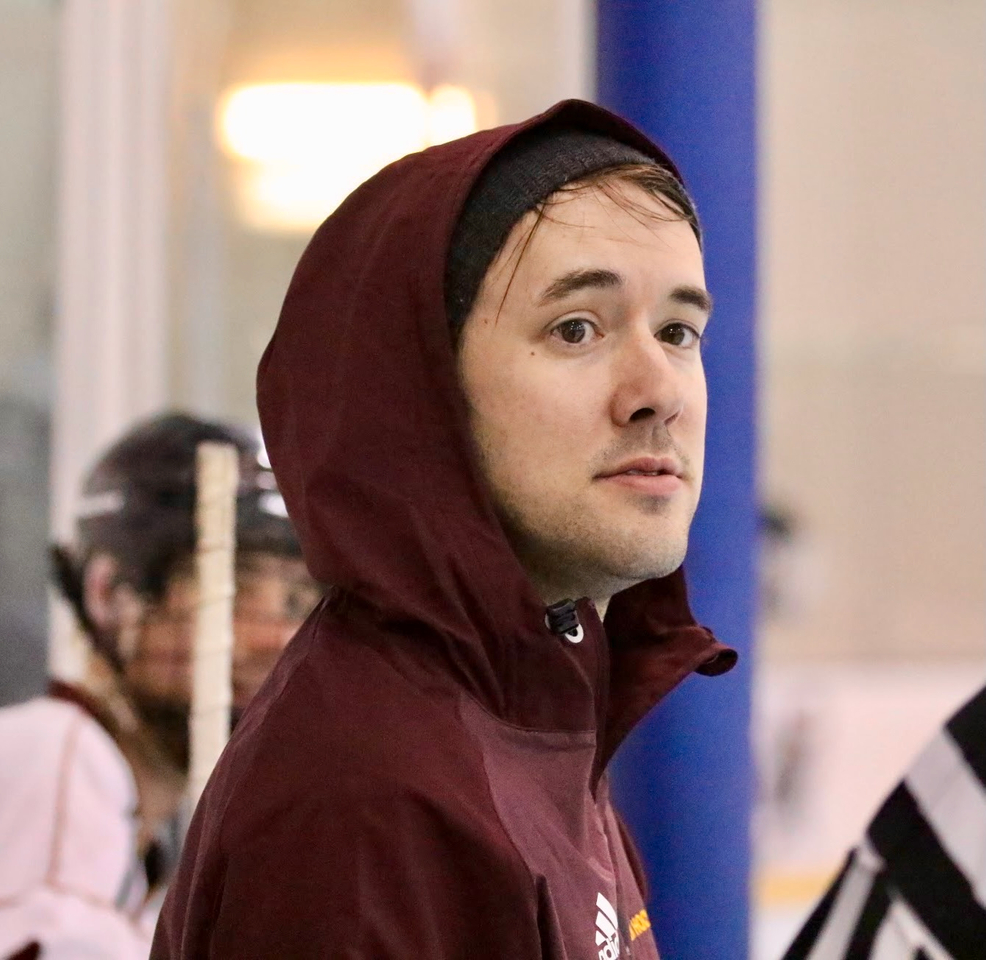 While many Arizona players in his era got their start in their pre-teen years, Alex Dodt discovered and fell in love with roller hockey in his mid-teens. A self taught product of street hockey turned organized hockey, Dodt at 15 would join his friends from the Phoenix East Valley playing for the EVI Desert Dawgs in the AIHA (now IHAAZ) before later joining up with The Rink Bandits in Mesa. A student of both hockey and academics, Dodt would enroll at Arizona State University after high school where would be come one of the founding members of the ASU Roller Hockey team/club. While at ASU Dodt would join his Devil Dawgs coach Nick Boyarsky as a coach in the Outcasts youth travel program serving an integral role in the programs growth. Dodt would continue his education and play at ASU, while playing with the PIHA (Pro Inline Hockey Association) Dragons team, winning a league championship title with the team in 2008. After graduating from ASU where he would play every year he attended with ASU's D1 roller hockey team, Dodt transitioned into a program director/coaching role with the ASU program. Today, Dodt continues to be active in the sport playing with the Outcasts Pro team in the PIHA, and sharing head coaching roles at ASU, Outcasts, and the Konixx factory pro team along side Boyarsky. 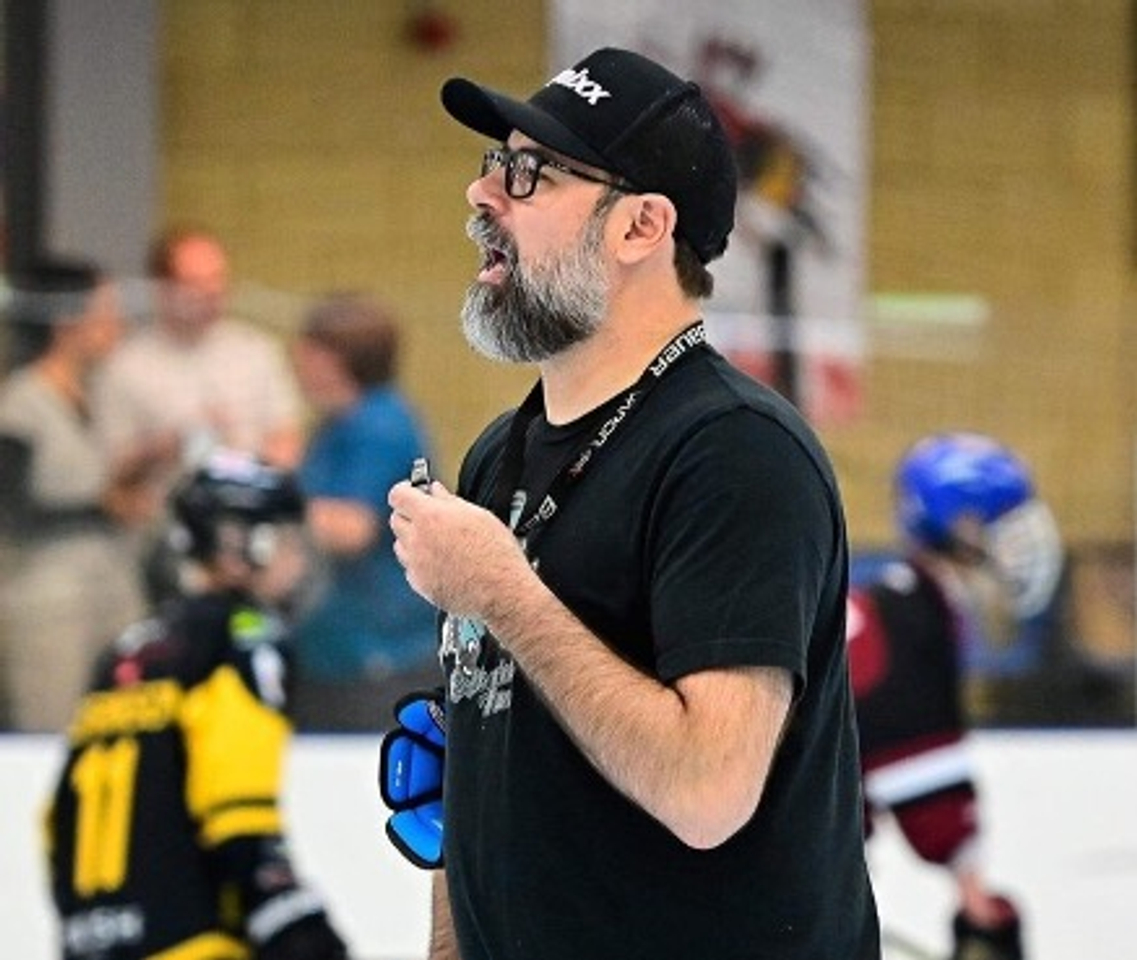 Born in Hayward, CA, Boyarsky began coaching roller hockey in California before moving to Arizona in 1998 where he has been the driving force in the sport ever since. Since 2002, his Arizona Outcasts program has been the only AAA/Platinum program in Arizona as well as one of the most consistent and competitive programs in the country with over a dozen youth hockey national championship trophies. Over the years, the Boyarsky and the Outcasts staff have developed Arizona's youth players into top tournament players, collegiate roller hockey players, and professional roller hockey players who compete all over the globe. The founder and manager of the Konixx wheel company, Boyarsky also coaches the Konixx factory pro team in NARCh and State Wars tournaments. At the college level, he coaches the Arizona State University Division I and Division IV teams. And locally, he is tournament director of IHAAZ, Arizona’s grassroots club tournament series. 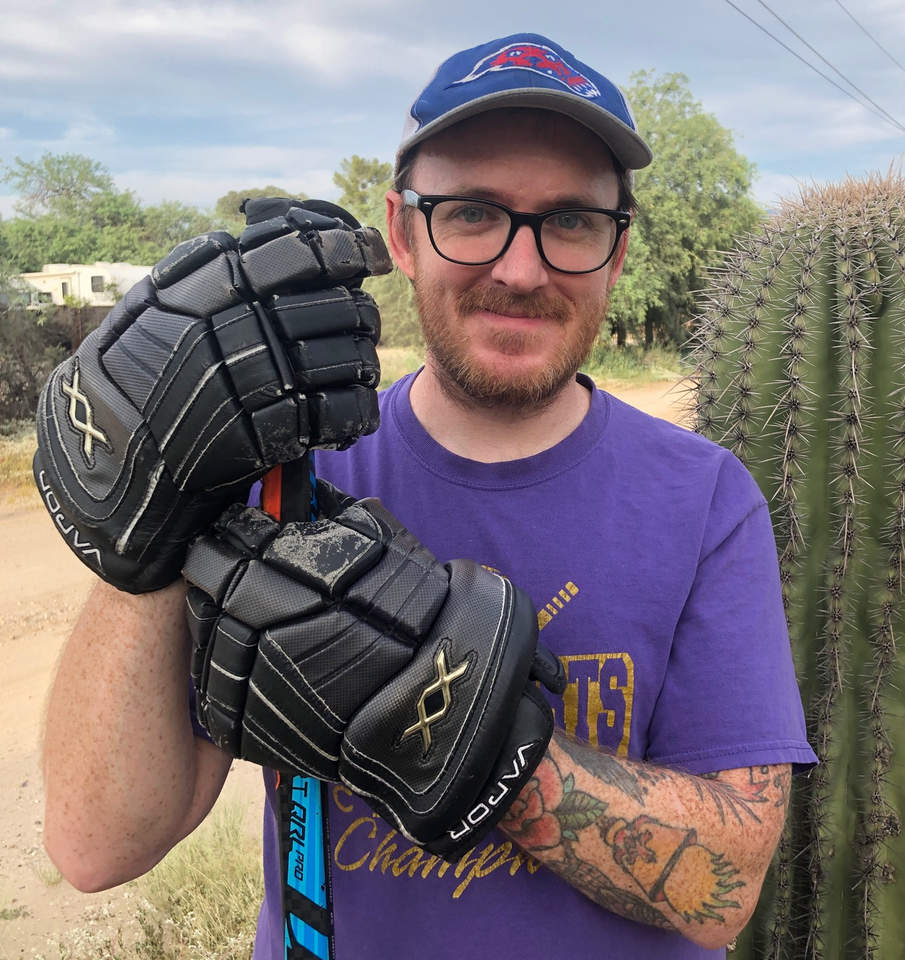 An Arizona native, Josh was part of the early wave of roller hockey that took the state by storm in the late 90's. At age 10 he elevated his game from the outdoor tennis courts of Tucson transitioning it to the indoor facilities throughout the state where he played with the Bladeworld travel team and during his high school years the State Championship winning Tucson High Badgers. Josh would re-kindle his love for roller hockey a decade or so after graduating high school, and find himself back in the same building he grew up playing in. His hunger to again be part of the sport not satisfied with just weeknight beer leagues, Josh joined the Arizona Jr. Wildcats coaching staff in the IHAAZ tournament series. With a strong analytical mind for systems and strategies, Josh has been a pioneer in incorporating multimedia examples and instruction to help his teams and players better understand the game from an individual, team, and game play vantage point. 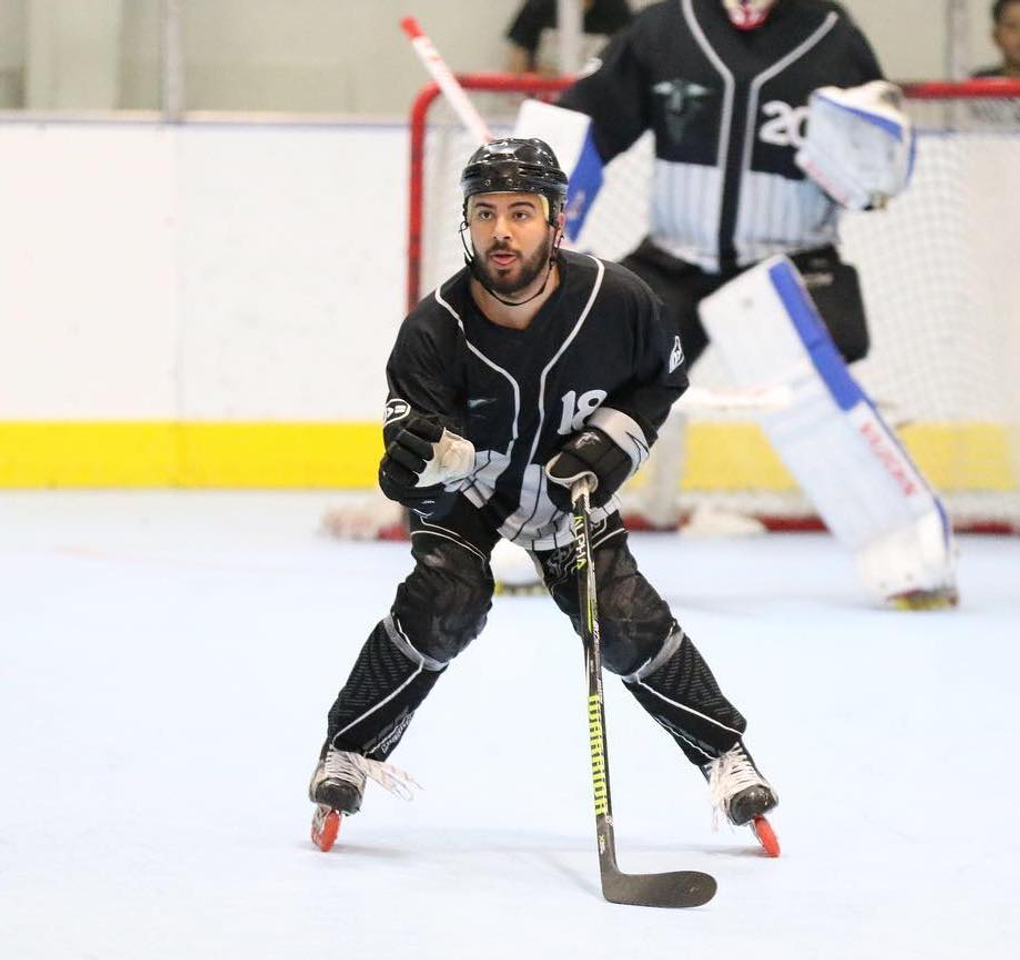 At just 5 years old, San Diego native George Godinez discovered the sport of hockey and fell in love. He would quickly enter the the southern California tournament hockey world playing for the Chula Vista Hawks, Sad Diego Stingrays, and later Irvine Raiders where he currently is member of the Tour Raiders Pro team. In his late teens George discovered along with playing roller hockey, he also had a knack for coaching, as he began to give back to the clubs he'd played for by coaching younger teams. Today he plays an integral role in the Raiders youth programs coaching core. A recent transplant to Arizona, George is excited to share his playing and coaching experience with our AZRHC attendees. 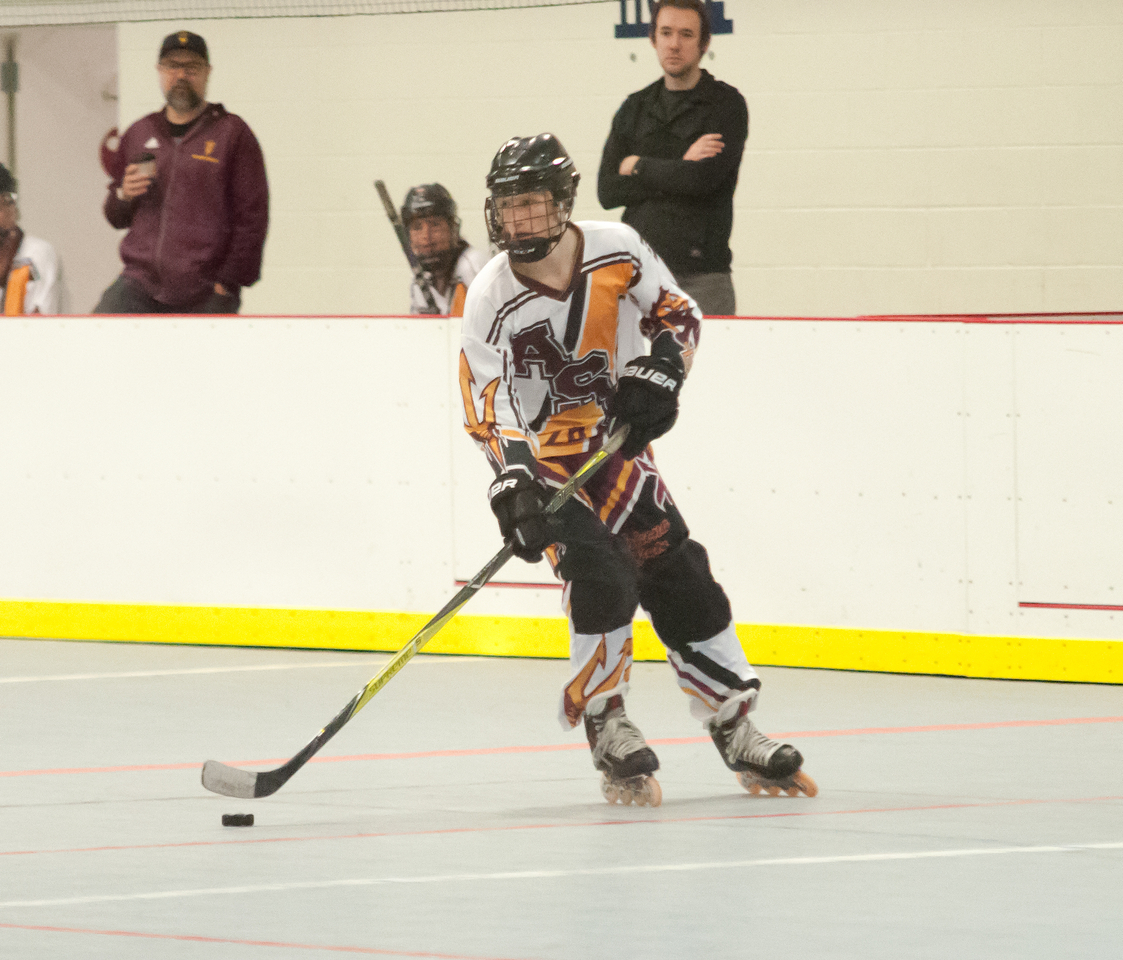 Born and raised in Arizona, Chase grew up playing ice and roller hockey in the valley. He began his elite level roller hockey play at the age 13 with the AZ Outcasts ‘00 birth year team. Currently a Senior at Arizona State University Chase plays on the the Sun Devils D1 team in the NCRHA as well as the Konixx Outcasts at national roller hockey tournaments. Along with his elite level play, Chase began coaching in 2021 with the Legion 14U team in the IHAAZ tournament series. 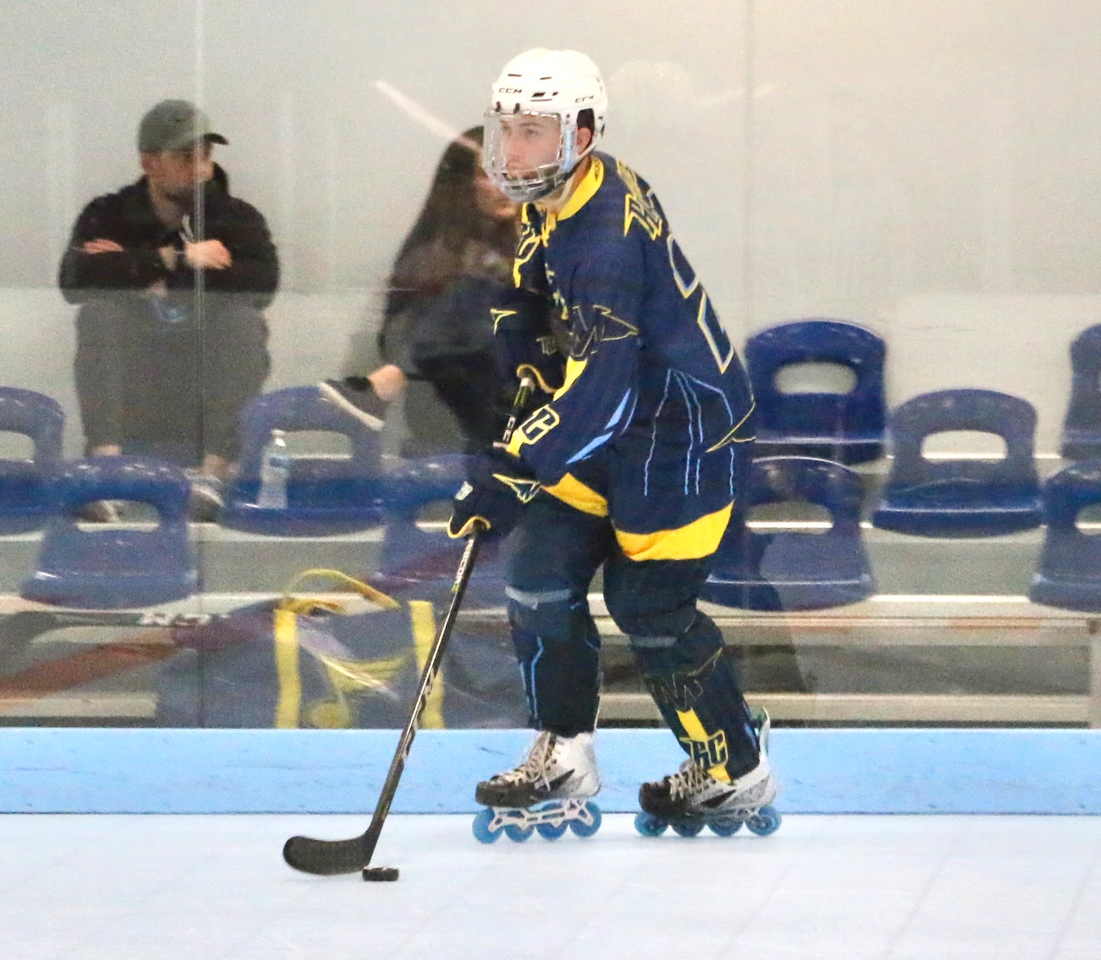 A recent transfer to Arizona State University, Drew originally hails from St Clair Shores, Michigan where at age 6 he started playing roller hockey at legendary Joe Dumars Fieldhouse. There he would meet and play with some of the top players in the Midwest growing up. Today Drew is a member of the ASU D1 team in the NCRHA and the Konixx Ragecats. A proponent of giving back to the sport, Drew has been coaching in his old Bordercats youth program where he hopes to teach kids how to maximize their abilities and grow their love for the game.